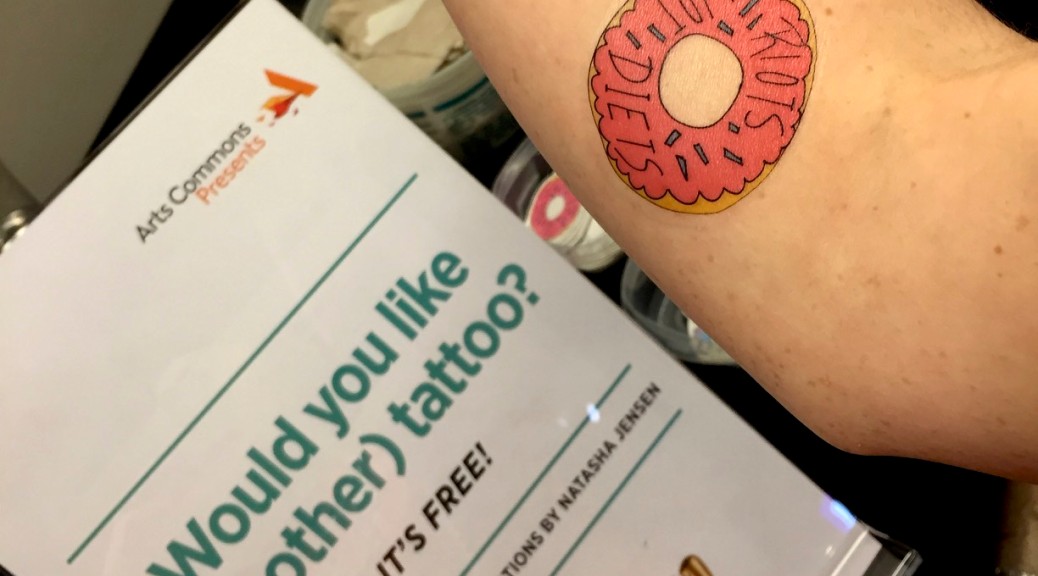 Last week, Alberta celebrated the 100-year anniversary of white women gaining the right to vote. While the entire population of women in Alberta wouldn’t receive the right to vote until 1960, April 19th marks a very important day in this province’s history; a day when change began and when people realized that anything is possible.

Arts Commons opens its Centre Court to a few local artists and celebrates the new art being shown in their galleries. The event is Happenings, and on April 19th, I had the pleasure of attending Happenings 4. In celebration of many Alberta women receiving the right to vote 100 years ago, all of the Happenings activities were inspired around women’s rights, empowerment, and equality, including a free screening of She’s Beautiful When She’s Angry!, a documentary showcasing the modern women’s movement from 1966 to 1971.

The documentary was wonderful. It held nothing back. It was beautiful and heartbreaking and hilarious. The film showcased the stories of multiple women involved in different women’s rights movements in the United States. Thousands of women all over the country fought for change and this film showed just how fierce, badass, and totally inspired these women were, and still are.

After the movie, I met up with my friend to peruse the Centre Court and the various activities. The Happenings events are designed for the public to curate their own evening from the various art activities The button-making table was buzzing with people, scissors, and glue, and so we continued our meandering. The surprise guest, Mikaela Cochrane, a dancer with the Garter Girls, filled the room with beautiful and lyrical dancing. She danced for twenty minutes and held us captive the entire time we were there!

We continued our wander around the court and of course, stopped at the cotton candy making station. The same cotton candy artist from Happenings 3, magically created a beautiful, colourful masterpiece of sugar and air. We stopped again at the temporary tattoo station and covered our arms with feminist fake tattoos— mine said “riots not diets” and Ryan’s said, “Girl Power!”

The evening was so fun. The film was thought-provoking, the activities and crafts in the Court were rad, and the entire evening was inspiring. I am thankful to live in a world where such change can occur and am motivated to continue striving for change. Thanks for the inspiring evening, Calgary!