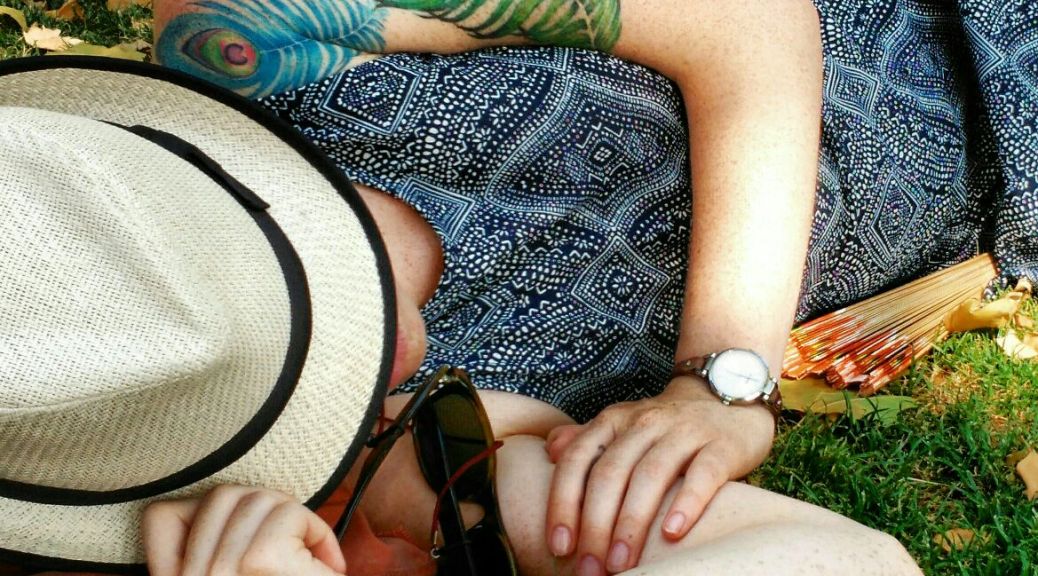 We met up with a few of Miguel’s really cool friends at a devastatingly cool place. I ordered a Tinto de Verano and looked around. Everyone working there was unbelievably cool. I felt like the least cool person in the room. I for sure was. Because my cool is their lame. I can’t even fathom their cool. I can’t even get my brain there, to that level of cool. I was making up stories of their lives and telling Vanessa, our Mexican friend, what I thought. I pointed at a man wearing skinny jeans and an oversized grey T-shirt, his hair was half up and his cool tattoos were visible. He walked around with a cloth hanging out of his back pocket, and an iPad in his hand. He probably paints giant canvasses in his garage studio space. He works mainly with spray paints, but he dabbles in found objects, like broken pieces of chain link fence, and shattered light bulbs he finds in dumpsters. He has a bandana he wears over his face when he paints and he never listens to the same song twice while he is creating. Vanessa just stared at me. I want to go up to him and say, “I’d like you to paint me,” and see what he says. Maybe his next artistic challenge is to try to capture this level of uncool in a painting.

After we finished lunch, we walked over to Retiro park. We were going to rent row boats and go for a little cruise! Great idea!! Until I saw the water and the very little shade covering the water. Images of me, sweltering and melting in the heat, in a row boat in the middle of the water flashed through my mind. Not ideal. We decided against boats. I did see a very attractive man sitting by the water, sketching the big statue nearby. I thought about saying how great I thought his sketch was, and maybe asking him if he would like to sketch me next? I didn’t ask. Miguel told me I should always ask. Always! He said, “if you do nothing, it’s already the worst case scenario!” Good point!

We passed a man playing the Game of Thrones theme song on his accordion, we each bought an ice cream, and then we found a shady area and lay down for a bit. Jasper napped, Miguel grinder’d, I unsuccessfully attempted to eat my ice cream faster than it melted, and ended up just licking the drips up my hand, forearm, and chin, like a lady.

Soon, it was time to move on. We were invited to a rooftop terrace— I could get used to hanging out with these folks, they are always going to cool places. I half expected Snoop Dogg to be somewhere, filming a music video. There was an infinity pool that nobody was swimming in, probably because swimming is not at all what you do at these sorts of places. But I really wanted to swim. I imagined going over to the edge, past all the stunning women and muscular men posing “candidly” for photos in the sunset. I would just taking my dress off to reveal my swimmers, and then dive in. People would either love it or hate it. I imagined how funny it would be. I asked the waiter if I could swim. He told me the pool was closed.

2 thoughts on “Being Devastatingly Cool in Madrid”