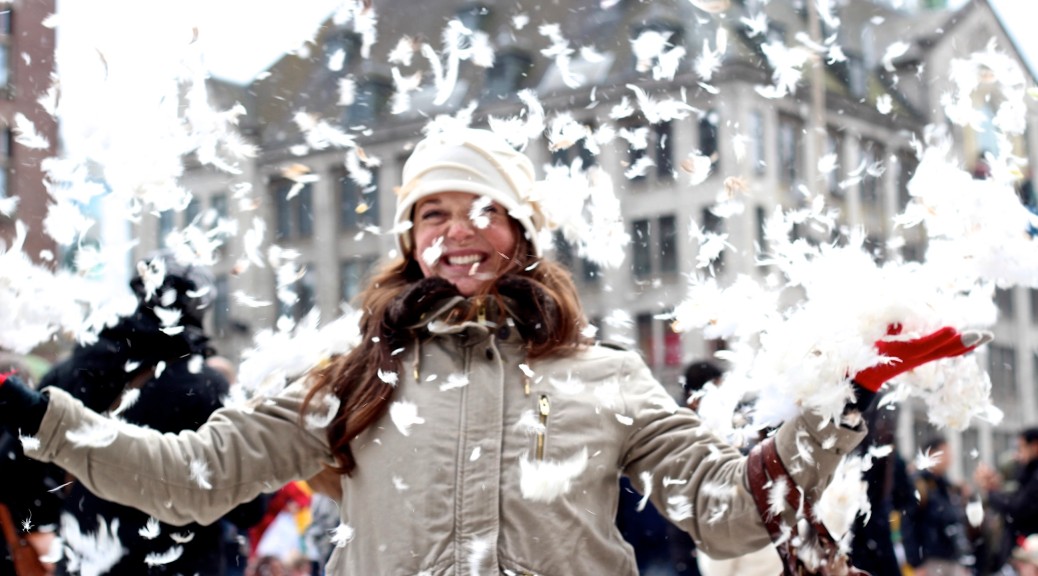 We walked quickly across the city towards Dam Square. Amsterdam is a very bicycle friendly city, where bikes have the right of way. Pedestrians, on the other hand, are low on the priority list and you really risk life and limb navigating your way. We weaved in and out 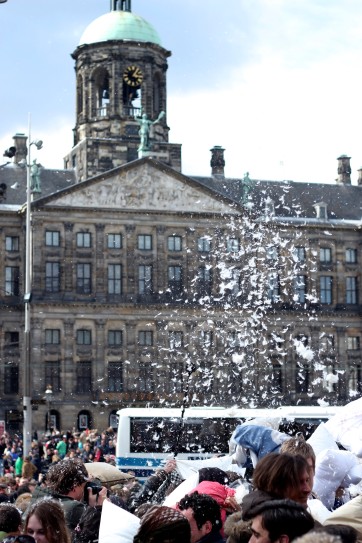 of the crowds of fellow pedestrians, dodged trams, cars, and bicycles, and finally found ourselves in the shadow of the National Monument. We and perhaps 1000 other people. Music radiated through the square, people were dressed in all kinds of costumes, chatting and laughing, and everyone, I mean everyone, had a pillow in hand.

The crowd enthusiastically counted backwards from ten. 10…9…8…People stretched their backs and arms, limbering up for the fight…7…6…5…grips tightened on pillow cases…4…3…2…1…GO! The fight began! Pillows were flying through the air, smacking people in the face and back. Before long, feathers had been freed from their cases, and were exploding into the sky. I almost drowned in down! People were stumbling out of the crowd, breathless, covered in feathers. Some had lost their pillow in the fight, others were lucky enough to still be holding on to, and flinging their downy weapon around. It was hilarious! The music was blaring, the sun was shining, and everyone was covered in feathers and laughing. And how could they not be laughing when the music is blaring, the sun is shining, they are covered in feathers, and they are in a pillow fight with 1000 other people, in the middle of Amsterdam?!