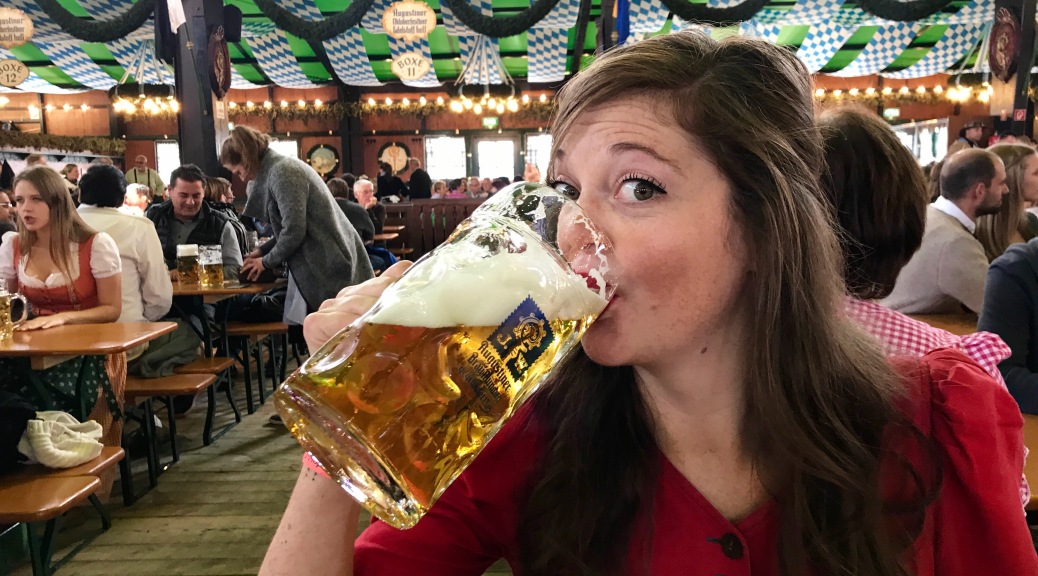 This morning we woke up, ready for Oktoberfest! We made ourselves a hearty breakfast, knowing full well the main activity of Oktoberfest is drinking beer, and got ourselves ready for the day. I donned my bright red dirndl, a traditional Bavarian dress, Michael donned his lederhosen, basically a pair of leather shorts, and we walked to the train station. After about half an hour on a train filled with people wearing everyday clothes and not lederhosen or a dirndl, we finally arrived at the square. Oktoberfest is just a huge fair. There are rides, fair games, and big food stands. What makes this fair different than others though, are the HUGE tents, lined end to end with table and benches, in which the only size beer you can order is one litre. We chose the Augustiner Brau tent first for we heard from a Bavarian local that it’s the best beer. 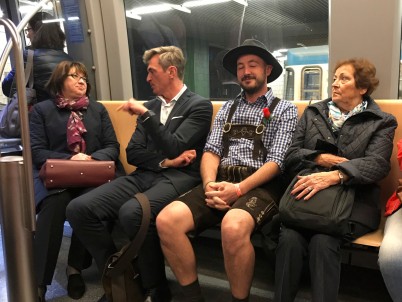 The woman who brought our beer to us was all kinds of Oktoberfest — frills and lace, tumbling cleavage, and forearms like hamhocks, carrying four, sometimes five litres of beer in each hand! Michael and I cheers’ed each other, and the other folks at our table, and drank up. People around us sang songs and danced dances that looked so silly to us, still sober folk. We just laughed and watched everyone have a good time. 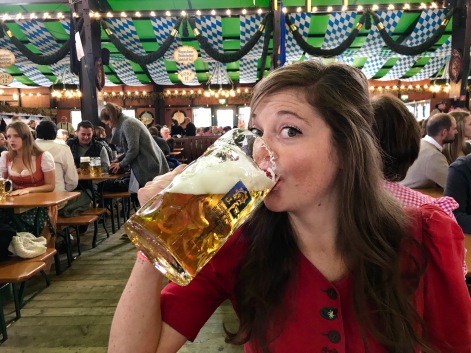 We head to another tent after we finished our first beers. On the way, we passed a stand that sold cookies. This is a weird Oktoberfest tradition, actually. It’s a gingerbread looking cookie that is in the shape of a heart, has some icing sentence written across it, and is worn around the neck. Some are small, the size of my palm, some are medium, the size of my face, and some are HUGE, bigger than my face! I had to buy one! It said something along the lines of “a sweet for a sweet,” which I thought was damn cute. 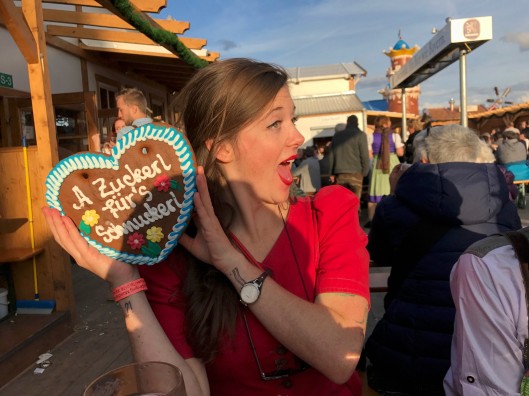 Our second beer was enjoyed in the Löwenbrau tent at a table with a drunk American, a drunk British couple, and a few drunk Aussies. That second beer went down way easier than the first. Dang. We ordered our third beer. Things got a bit blurry now. All of a sudden, the silly songs and drunk people became our favourite drinking sing-a-longs, and our best friends. We sang Ain Prosit, a Bavarian drinking song that translates to something about good fortune (I think), and for some reason that song that goes, “Heyyyyyy, hey baby! HOO! HA! I wanna kno-o-o-o-o-o-ow if you’ll be my girl!” Apparently it’s a favourite sing-a-long song at Oktoberfest? 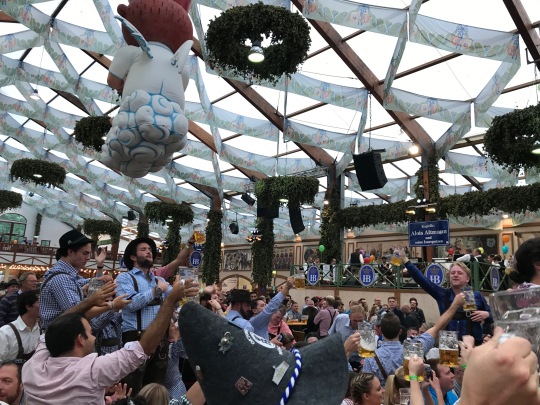 I finally ate the cookie around my neck. It was horrible. It wasn’t even a cookie. I would say it was kind of like a dense bread. Or like a gingerbread cookie with no ginger flavour or sugar. Or like a really thick piece of cardboard with an icing sentence written across it. It really was horrible. I shared it with everyone at the table. They were thankful until they took a bite and realized why I was sharing. We were drunk. I guess three litres of beer is my limit. We said farewell to our new friends and hit the road. We were on the train and arrived home before ten. I do love an early night. Off with the dirndl, off with the lederhosen. You know, I’ll never forget my first time at Oktoberfest, except for the parts I just can’t remember… 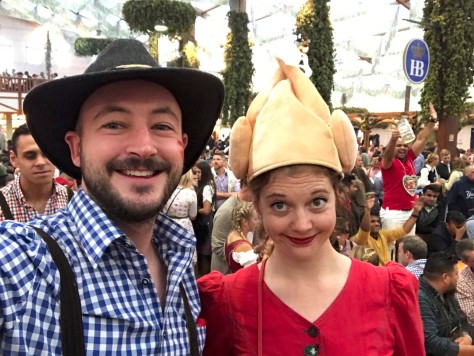 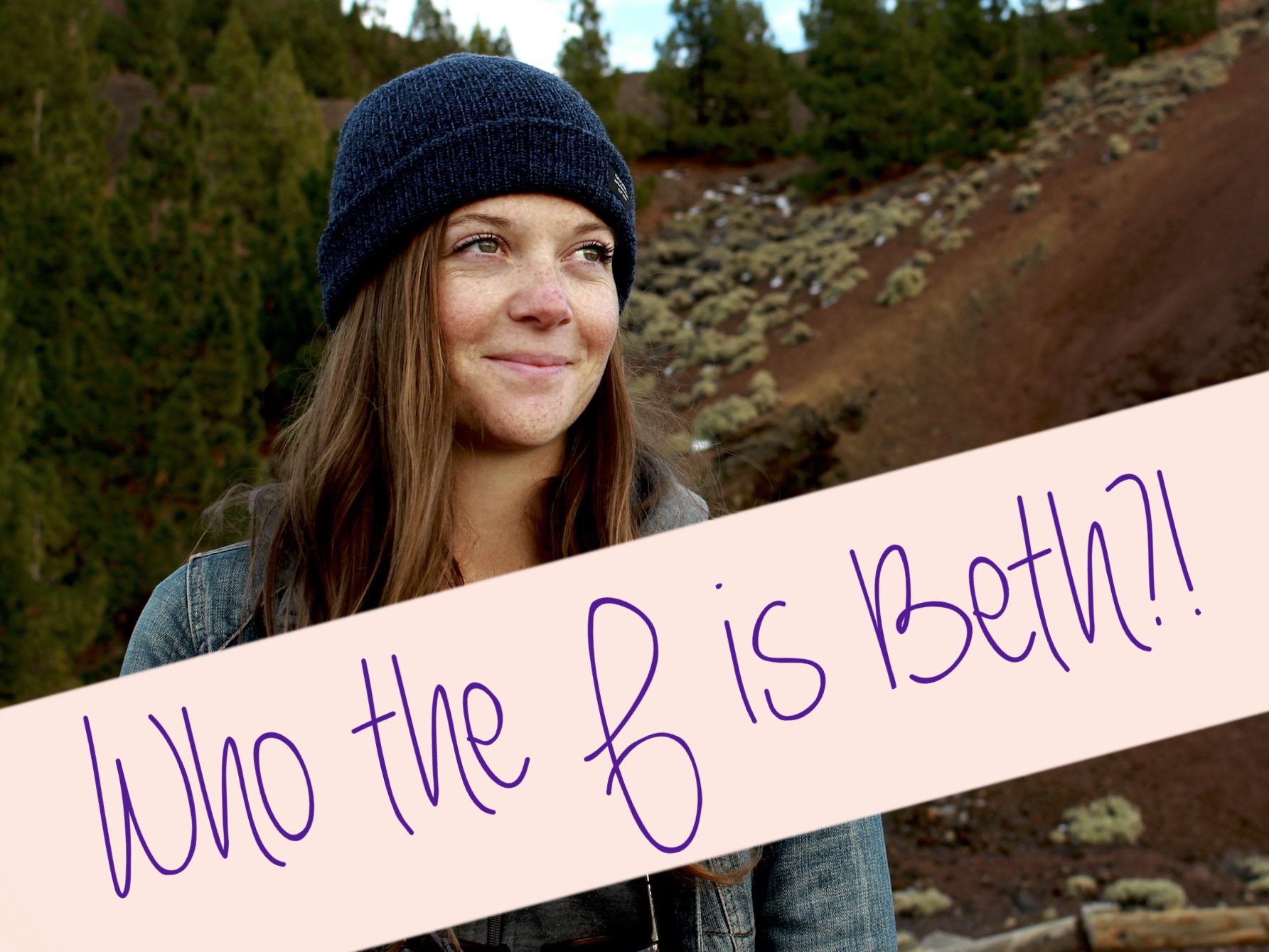